I’ve been thinking about these Australian fires. I’m a bit worried that everyone is asking the wrong question. We should not be wondering why it is happening, but why is it not happening everywhere else. Then you realise it actually is.

Its my favourite Law again. Humpty Dumpty science; The Second Law of Thermodynamics. http://asclegg.co.uk/wp/humpty-science/ I remember when as children, as soon as we were big enough we used to help stooking the wheat which was then stacked in a barn to wait for Fred to come around with his threshing machine – often several weeks later. It had to dry in the field before it was stacked. If it wasn’t it would catch fire. No matches needed, just a few hot bacteria. Straw and oxygen burn naturally; order to disorder; low to high entropy.

Australia is happening all the time elsewhere but not quite so obviously and not in front of the cameras. Large areas of arctic Siberian evergreen forest have burnt this year. Last year Saddleworth Moor in Yorkshire, drained and dried to make fatter grouse, burnt for the whole season. Carbon and oxygen are an explosive mixture. Gunpowder is carbon and oxygen.

What is amazing about this natural process is the strategies nature has evolved to control it. We think of these as normal but far from it; they are astonishing and, so far it seems, they have not happened anywhere else in the universe.

The main strategy used by nature is that all the carbon stuff around us, like this sequoia, also contains water which means that any fire is often self-dousing. An English oak for example, fully grown at 200 years, has a typical mass of about 14 tonnes, half of which is water. Another strategy that exploited by nature is that our oxygen is diluted with an inert gas, nitrogen, so that it is just below (but only just) the concentration that would wreak real havoc at our ambient temperature. And another is that our ambient temperature is just about low enough to stop it happening all the time. Something we seem intent on on ending.

The really clever bit, though, is happening inside us (and everything else living) all the time. Instead of our food carbon burning all at one go, the process happens in eight small steps, each releasing a dollop of energy just small enough for us to absorb without self-immolation; all we do is just sweat a bit. We are walking gunpowder plots moderated, unbelievably, by orange juice – wonderful stuff.

How many Australias will burn, I wonder, before we come to understand that nature is far from natural but is actually a delicately balanced equilibrium struggling against all odds not to fall off the rim of a thermodynamic cliff. When will we come to our senses and stop trying to push it off.

Clifton suspension bridge crosses the Avon Gorge, a tidal river linking Bristol Harbour to the sea. They had a competition in 1831 to build a bridge that 3-masters could get under, It was judged by Thomas Telford who was good at bridges, he had just built the one across to Anglesey. He rejected all entries (which included four from Brunel) and then pulled one of his own out of his back pocket which he said was much better.

So they asked Telford to build it but then realised they could not afford it. Brunel had a quiet word with the judges and pulled a new design out of his back pocket that was £10000 under Telfords. Then the people of Bristol decided to riot and suddenly nobody wanted to go there any more and work stopped. Brunel took the ironwork to build his Royal Albert bridge at Saltash, the splendid one you see when you go to Plymouth. Then he died.

It was only when they dismantled Hungerford suspension bridge in 1860 in London that the remaining needed links in the suspension chain were obtained second-hand at a knock-down price and building could restart. It was supposed to be Egyptian with stone sphinxes on the towers but they couldn’t afford those either.

Its a splendid bridge built before they had invented wire to make these kinds of things. Its made out of real Meccano. If you take a very large spanner set with you as you walk across you can undo it.

Here is something not many people know. William Butterfield, the arch emperor of Victorian Gothic and architect of my old Oxford college, Keble, sent in a design to the competition when he was 15. Isn’t it splendid? What a pity they did not take him seriously.

What Alice did not find out when Humpty disintegrated was why all the kings men couldn’t do anything about him.

Maybe it never occurred to her to ask the question. It is, after all, in the nature of Humptys to break. Just as, before Newton asked his question, heavy things fell because it was in their nature to fall.

Humpty broke because, over time, left to themselves, complex things change to more simple things. That is how we sense time; it is how we know that time is not running backwards. And putting Humpty together again requires energy; so much that even all the Kings men didn’t have enough between them.

This is the Second Law of Thermodynamics. Complex ordered things left to themselves become simple random things. Look in your sock drawer. Entropy is the word given to the degree of complexity; or more correctly, absence of complexity. Entropy naturally increases; order naturally changes to disorder.

Life is complex. It is highly ordered. It has low entropy. When NASA asked James Lovelock (of the Ghia hypothesis) how they might detect life on another planet his answer was simple; make a device for measuring entropy. And he quickly knocked one together for them.

What does low entropy look like? It looks like Humpty Dumpty; a collection of small bits put together in an ordered fashion likely to fall at any moment. It is the presence together of complex molecules that would naturally react to form much simpler less ordered, more random, ones. Like the highly ordered particles in cellulose (wood) in an atmosphere of oxygen. When they change to their high entropy state–when Humpty breaks–they burn together to become carbon dioxide particles flying around randomly.

Our atmosphere is 22% oxygen in the presence of lots of plants made of complex carbon-containing molecules, but with only 0.04% carbon dioxide. Low entropy. Mars’ atmosphere is 95% carbon dioxide and only 0.1% oxygen and no plants. High entropy. The difference between the two is life. And making life on earth has been a long, difficult, massively energy consuming process.

Life on Earth is a massive Humpty waiting to fall.

My thermometer says It’s not been below zero at all this winter here bottom left.  Down the allotment my leeks are growing their flowering shoots three months early and nobody else seems to have noticed what is going on.

And yet I’m now force fed climate drivel that is at best flakey and at worst flagrant hypocrisy.  So I’m going to write about the science; I dont expect anyone to read but it will do me good and help bring down my blood pressure.

So here is a bit about a man called Fourier.  He was, of course French and about 200 years ago he laid modern physics’ biggest foundation stone. And nobody has ever heard of him.

This bit is not about his day job though.  In his spare time he discovered global warming.

Half a century ago I had a wonderful time reading original science papers in their first edition from library shelves they had occupied since publication.  And I was even paid to do it.  I never thought it would happen again but it has. But now without the shelves.

Here is one,  It is volume 27 of Annales de Chemie.   And here on page 236 Monsieur Fourier begins a general remark that we are hotter than we should be. 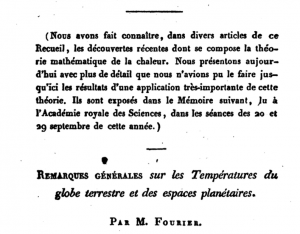 He was thinking on a little experiment done by a Genevan meteorologist and mountaineer, Horace de Saussure, who took an earthenware pot, lined it with insulating unreflecting black cork and created isolated layers within it using horizontally sealed sheets of glass. In each cavity was a thermometer.

When he let the midday sun shine down into this stack of layers, the lower ones heated faster than the upper ones and all became hotter than the outside air.   And he noted that the heat energy was not the shiny stuff that came from the sun; it was different; it came from the warmed sides of the jar. The green house effect was born (but not yet christened). 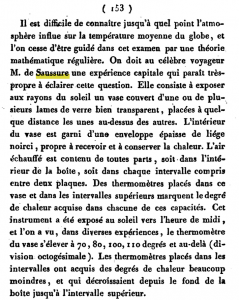 It was not until almost 100 years later that a Swede, Svante Arrhenius, explained what was really going on.  He’s best known for explaining brilliantly the mathematics of dissolving things, for which he awarded himself the Nobel in 1903.

He it was who first realised that it was carbon dioxide (he called it carbonic acid), everywhere in the air, that absorbed the heat.  Not only that, he did the maths:

If the quantity of carbonic acid increases in geometric progression, the augmentation of the temperature will increase nearly in arithmetic progression.

Translating, this says that the carbon dioxide will increase steadily for quite a while without us noticing much but then it will suddenly take us by surprise.

My leeks are surprised.  But the people take no notice. 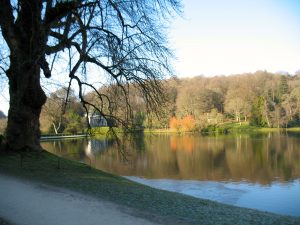 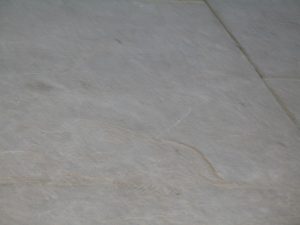 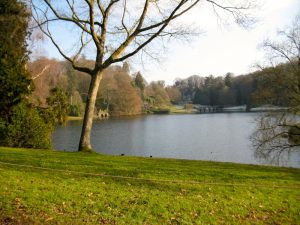 One problem with global warming is that we dont have the right words to describe it.

This trapped solar energy causes the temperature of the sea to rise but not by very much; currently by 0.01° C per year. But because there is so much sea this rise requires a huge amount of energy; terajoules of it. But what is a terajoule? We dont have any vernacular words to describe large amounts of energy.

There is one phrase, however, that conjours up a lot of energy; the phrase ‘Hiroshima bomb’.

The current warming of sea surface waters, 0.01° C per year, sounds small enough to ignore with safety. But this works out at four Hiroshima bombsworth of energy every second of every day – which looks a touch more serious.

The detail is here. The IPPC stats show a global  building up of heat energy of 8 x 1021 Joules per year while the Hiroshima bomb yield was 6.3 x 1013 Joules .  More here.